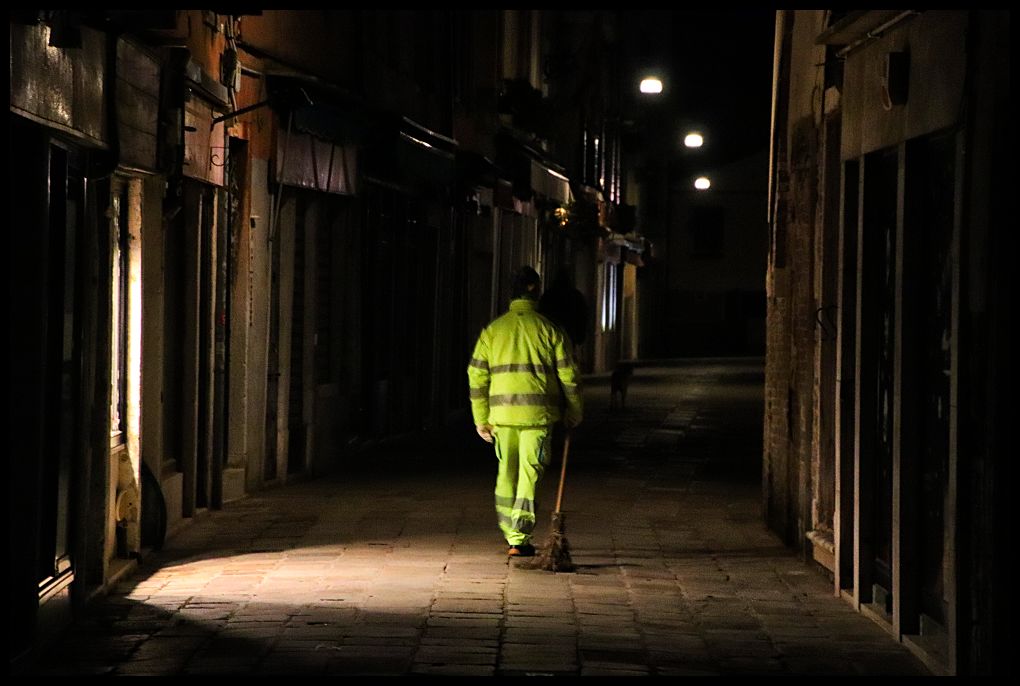 Previous Next
← previous day next day →

Posted by Jaya (Trieste, Italy) on 26 January 2019 in Documentary & Street and Portfolio.

Winter, 6 am.
“In winter you wake up in this city, especially on Sundays, to the chiming of its innumerable bells, as though behind your gauze curtains a gigantic china teaset were vibrating on a silver tray in the pearl-gray sky. You fling the window open and the room is instantly flooded with this outer, peal-laden haze, which is part damp oxygen, part coffee and prayers. No matter what sort of pills, and how many, you've got to swallow this morning, you feel it's not over for you yet. No matter, by the same token, how autonomous you are, how much you've been betrayed, how thorough and dispiriting in your self-knowledge, you assume there is still hope for you, or at least a future. (Hope, said Francis Bacon, is a good breakfast but bad supper.) This optimism derives from the haze, from the prayer part of it, especially if it's time for breakfast. On days like this, the city indeed acquires a porcelain aspect, what with all its zinc-covered cupolas resembling teapots or upturned cups, and the tilted profile of campaniles clinking like abandoned spoons and melting in the sky. Not to mention the seagulls and pigeons, now sharpening into focus, now melting into air. I should say that, good though this place is for honeymoons, I've often thought it should be tried for divorces also - both in progress and already accomplished. There is no better backdrop for rapture to fade into; whether right or wrong, no egoist can star for long in this porcelain setting by crystal water, for it steals the show. I am aware, of course, of the disastrous consequence the above suggestion may have for hotel rates here, even in winter. Still, people love their melodrama more than architecture, and I don't feel threatened. It is surprising that beauty is valued less than psychology, but so long as such is the case, I'll be able to afford this city - which means till the end of my days, and which ushers in the generous notion of the future.”
Joseph Brodsky
"Fondamenta degli Incurabili" / “Watermark: an essay on Venice”

the clearness of friendships ultimately is always virtual, that is through a splendid platform as Aminus3, or bouncing between bright or dark corners of this immensity

You could not have had better lighting on a stage ! Nice one.

The still heros before the tourists masses fleeting.

The street is all ship shape and ready for the day.

I love your series on Venice. Its a photographers paradise but I've been there 3 times and bad weather each time so I didn't get any notable photo's. I love the colors of the town of Burano just up the river